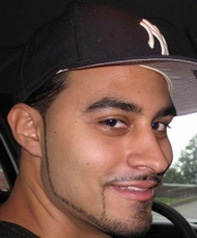 "When someone you love becomes a memory, the memory becomes a treasure." David Concepcion Diaz December 19, 1982 - July 15, 2008Our beloved David was a kind, sweet and sensitive single young man of twenty-five with a very bright future ahead of him. In the early fall of 2007 he was diagnosed with Vitiligo and tragically, less than a year later on July 15, 2008, he chose to end his life. Nothing will ever be the same for our family and for those who knew and loved David.  The world feels like a different place without him. But, together, all of us have resolved to continue with our life journey because we know with absolute certainty that is what David would have wanted.

In loving memory of David, we offer this brief account of his life and struggles in the hope that it can educate and bring awareness to other families of children and young people with Vitiligo. We have painfully learned that Vitiligo is not just a minor skin condition that can be easily treated or covered up with make-up. But rather that it is a complex, currently incurable and often chronic medical condition that affects the whole person, including your loved one’s mental health. 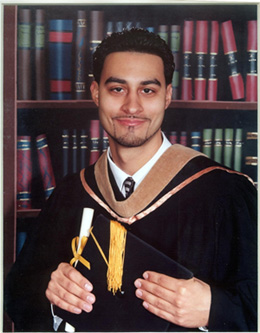 David GraduationVitiligo can result in poor self-esteem, significant psychological distress, major clinical depression and tragedy. It is imperative that families of children and young adults diagnosed with Vitiligo are aware that initial and ongoing mental health screening and evaluation are just as important as the dermatological treatments currently offered to treat persons with this condition. Your loved one’s life may very well depend on early diagnosis and appropriate treatment of depression and/or other co-occurring mental health disorders.

David was born in the Bronx, New York, on December 19, 1982. He graduated from Sacred Heart High School in Yonkers, New York, and in 2006 graduated from Lehman College with a Bachelor of Business Administration. Up until the time of his death, he was working in the Finance Department at MTV Networks while also attending evening classes necessary to acquire the Public Accounting Certification (CPA).  David was a high achiever and very ambitious. He was sure he would earn millions and spoke of his dream of buying his parents a house and his beloved sister, Shanna, a car.  Those were his primary goals.

Everyone who knew David loved him to pieces. Neighbors were fond of him, describing him as well-mannered and warm. Others said he was humble, gentle, and so very funny. David was also aware of the ills that plagued the world and felt deep emotion and empathy for those less fortunate.  He wanted to live a simple life and contribute those millions to others so that they could also live a good life.  The note he left on the windowsill said simply: “Ever since birth I stood for myself and what I believed in. I never did anything wrong.” We don’t know why he wrote those words.  At first, we thought that perhaps he felt that Vitiligo and the other difficulties in his life were forms of Divine punishment. But with the passage of time, we have come to understand that perhaps that is simply how he wanted to be remembered.  Sadly, there was no time to say goodbye and we will never know for sure what our beloved David was thinking on that fateful summer morning in 2008.  His suicide will forever remain a mystery just as the many others that occur each year – one every eighteen minutes in the United States.  We all know that the stress of modern life can sometimes be difficult for children and young people to bear. But for those with Vitiligo daily life can present additional challenges and stress.

Unlike others, whose Vitiligo is primarily manifested on the arms, torso or legs, David could not easily conceal his condition. He did not wish to wear make-up and thus his Vitiligo was prominently on display each and every day. Sadly, the ignorance in the world about Vitiligo left David open to unwelcome stares, rejection and sometimes even cruel and hurtful remarks. Among the remarks that David experienced: “What is that on your face?”  “What’s the matter with your face?” “Is that ‘thing’ on your face contagious?” Other times it was just that constant on-and-off stare that we all think the person we are staring at does not notice. Well, they do! Sadly, sometimes these questions came from people who knew him before Vitiligo.  Other times they came from complete strangers on the subways and streets of New York City. David tried to ignore the questions and stares, but at times genuinely felt hurt and annoyed by them. He once said to his mother that “he sometimes felt like a monster.”  Not surprisingly, David also once said that the only strangers he did not mind getting questions about his Vitiligo from were children. In hindsight, and perhaps a clue to the true depth of his suffering and despair, David once expressed concern about the likelihood of his future children developing Vitiligo and the hardships that they would have to endure. 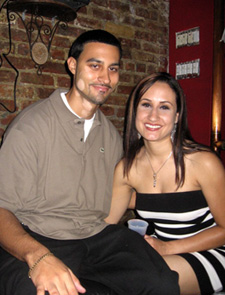 David and his sister ShannaIn the late summer of 2007, David began to notice a single circular white patch (about the size of a quarter) develop on his right cheek. At first, David and we thought the patch was perhaps the result of over exposure to the sun during a family cruise to the Bahamas earlier that summer. Regrettably, at that time, none of us knew anything about Vitiligo. Gradually, the white circular patch began to grow and then others appeared on his face and neck. Later, his right eyebrow, eyelashes, and a patch of hair on the back of his head also began to turn white. A visit to his primary care physician in the Fall of 2007 resulted in a diagnosis of Vitiligo and a referral to a New York hospital for further evaluation and subsequent treatment with Narrow Band UVB (Excimer Laser) therapy. David received seven Excimer Laser treatments before his death and did not experience any significant improvement or restoration of skin pigmentation as a result of those treatments.

Since David’s death we have been working with the AVRF as a way of honoring and remembering David, but also to create awareness and try to help other young people with Vitiligo, and their families. We have spent time with and gotten to know some of the AVRF children and their families at several conferences that the AVRF has organized at the Mt. Sinai College of Medicine in New York City and at several other events. We have had an opportunity to witness the magic that happens when these children come together and are convinced, beyond any doubt, that the AVRF and the important work that it does on behalf of children with Vitiligo are worth preserving and protecting.  In this time, we have also had the opportunity to get to know Stella personally and have come to understand, respect and admire the sincerity of her commitment to the children and families served by the AVRF.

We therefore urge you to please help support the AVRF in any way that you possibly can. 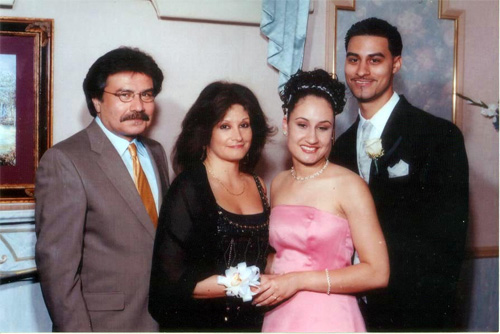